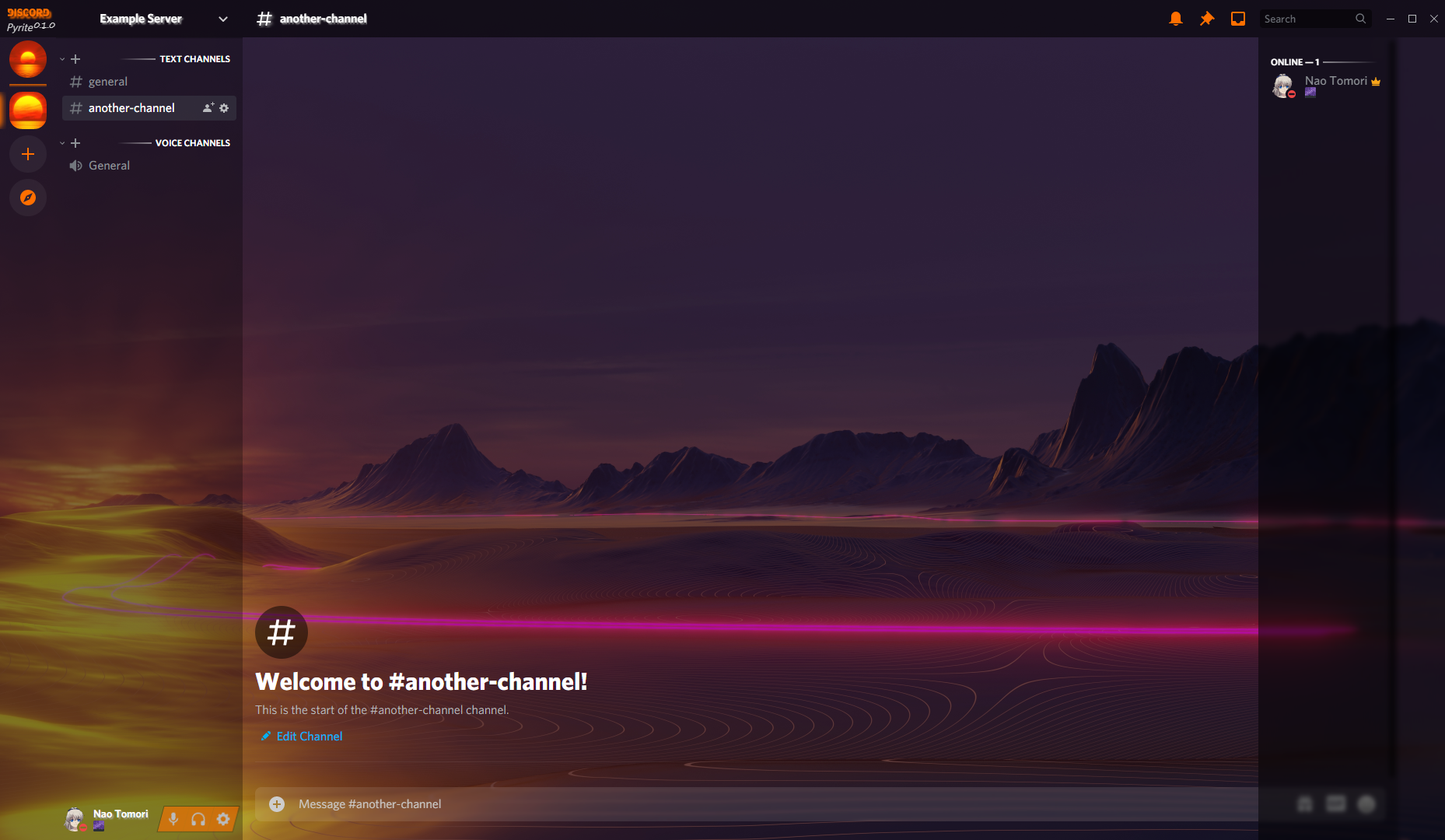 Pyrite is a Discord Theme inspired by both Basic Background and ClearVision and is built off the core of the latter. (The package-lock.json file is the same and core is similar but not exact).

Pyrite is built for Canary so all class syntax is for that. Due to the differences between Canary, PTB and Stable as well as Discord Experiments you might not have an area themed. Speak up for it on the Support Server and someone will fix it up for you.

Default images can be found here for the background and here for the home icon. The first image is titled "Synthscape (4k)" and is by AxiomDesign and is licensed under CC BY-NC-ND 3.0 and the latter is titled "Sunset nature 24" and is by bouzid27 and is licensed under CC BY-NC 3.0. Both images are rehosted as .pngs under my own github.io page with the latter being scaled down.